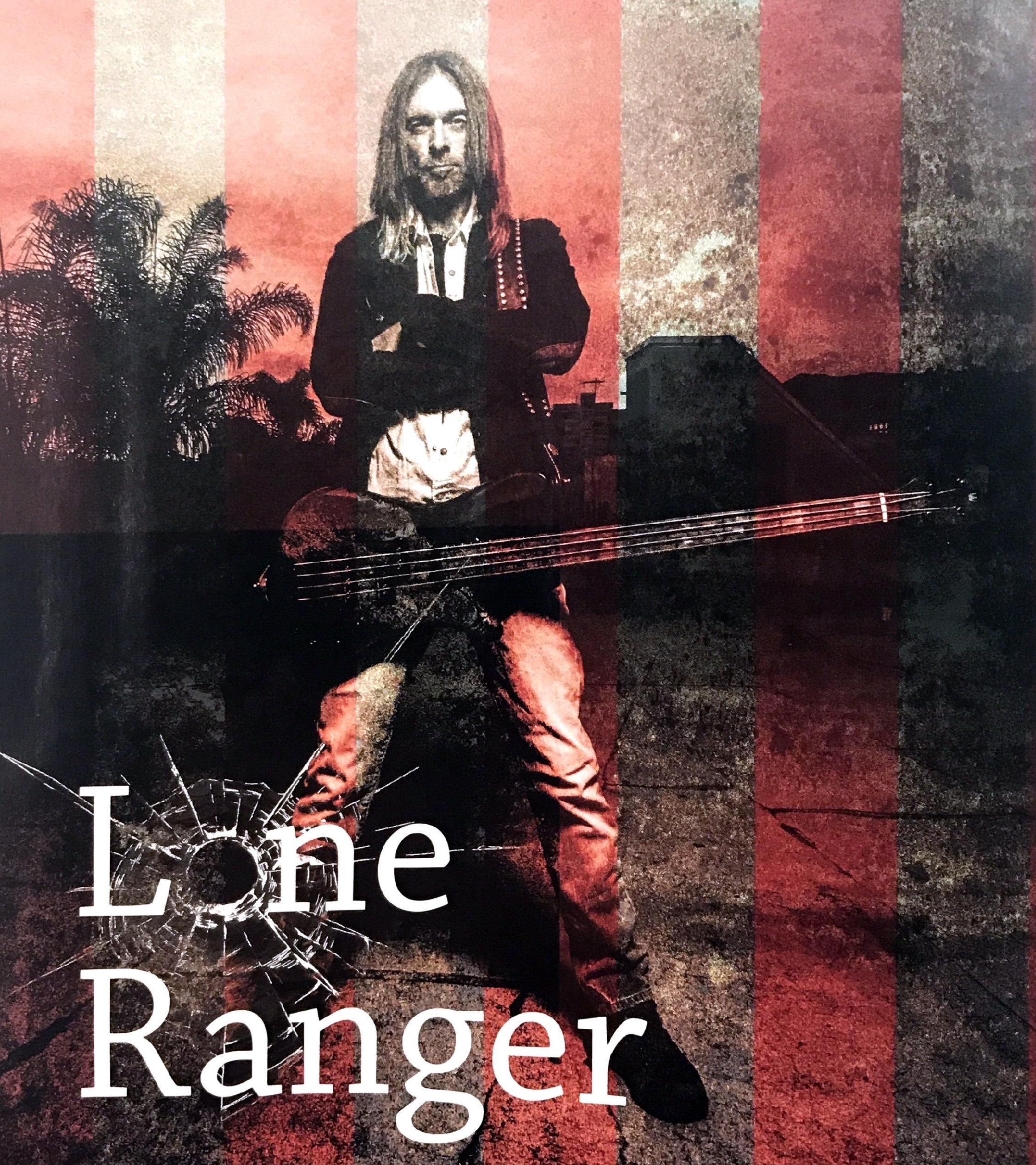 “All I’ve ever known in life is bass. There’s not a whole hell of a lot else that I’d care to do, or be as good at, but I know the bass inside and out. I know how to play them, how to fix them, how to build them, and how to break them. And I’m doing all that better than ever now.”

The excitement in Rex Brown’s voice is palpable, as his North Texas drawl eagerly projects in his new home in the Southwest deserts of New Mexico. Always happy to get his hands dirty, the 53-year-old metal legend has spent the last four months gutting and rebuilding the house himself. Which seems like a proper metaphor, given the other reason for his jovial mood. Known as one of the fiercest low-enders in heavy metal, from his days in Pantera and eventually Down and Kill Devil Hill, Brown has just conquered another feat on his own by releasing Smoke on This …, his first solo album.

As he gratefully explains, the recording has regenerated every bit of drive and hunger that he had as an adolescent, small-town musician with something to prove, and it comes through in the music. While Smoke on This … abandons the thrash metal of his past for a classic rock sound, it turns out that’s been the biggest part of his musical DNA all along. And subsequently, the 11 songs—which were all written and tracked in Nashville—display as much grit, twang, and resolve as the man behind them, who takes on vocal duties and live guitar playing with his assembled outfit.

As expected, Brown’s signature big-bottomed, chip-on-his-shoulder bass playing fills out the album with what he considers his best studio tone ever. And we won’t argue that. But since he’s a tough S.O.B. who has endured over 30 years in a grueling business and has emerged not only unscathed, but also happier and more motivated than ever, there’s not much that we’d argue with him about at all.

How did you decide it was time for a solo album?

The voice had always been there for this. It was just a matter of hunkering down and doing it. I wanted to take two years off from music, but sure enough, six months later I’m up to my neck in this album. Actually, I didn’t know what I was getting into when I started it. When I had gone down to Nashville for Summer NAMM, I met up with my main collaborator and right-hand man on this, Lance Harvill.  He had a song sitting around and I sang on it. We did it a few times, and after a little while, I found a sound inside of it that was real, so we kept writing.

You know, we did a lot of polishing turds, but it kept getting better and better. We had Christopher Williams come lay down some drums, and everything was just jibing so much between the three of us that it was almost creepy. Having had a few days in the studio,  we laid down some tracks. It was going so well that we decided to stay an extra couple of days, and that turned into 14. Before we knew it, we had an album.

It has a hard-rock feel, different from the metal work you’re known for.

I needed to make a rock & roll record. I needed to get this album out of me, and once I did, it turned into a monster. When you have material like that, it doesn’t matter if it’s considered metal or rock, you just have to get it out. And I needed to move forward from metal. It got to the point to where metal got too articulate, especially toward the end of Pantera. Every note had to be viewed under a microscope, and the mentality of just letting it rip was fading. And look, I was the rock & roll guy in the band. The tried-and-true Led Zeppelin guy. Regardless of what you call it, the music has to have integrity, and the songs need to have swagger.

How did you approach this process differently than with your previous bands?

With this album, I kept everything super-positive. No drama, no baggage, just positivity. Your attitude comes out in the product, and it did on this. When I left that studio after the last vocal tracks, I knew exactly what I had. I held my head in my hands and cried the whole way to the airport. I just had that feeling of joy. You know, I had worked myself to the bone doing 20 days straight of 16-hour sessions, nonstop. I thought I was done, but making this album brought the life back into me. This process has made me feel so damn young again, it’s like I’m 25 all over.

How was it playing guitar?

I’ve played guitar since I was nine. In Pantera we developed fast musically from an early age, and watching Dime [“Dimebag” Darrell Abbot] grow like he did as a guitarist really made me grow, too. A lot of times back then, Dime and I would swap instruments if we were stuck on an idea. Even as far back as “Cemetery Gates” [Cowboys From Hell, 1990], he’d pick up my bass and I’d grab his guitar, and we’d write from the other perspective. I reflected on that a lot before this album. So I went back to Texas and brought my Fender Telecaster and a ’68 Twin Reverb and got back to the basics of guitar. I’m a bass player to my core, but I’m a musician first and foremost. 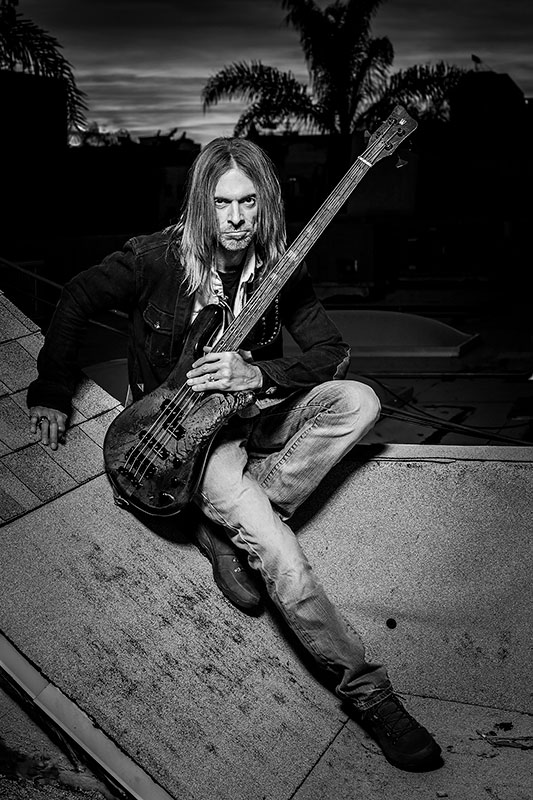 How did you go about tracking the bass?

We ended up using my original scratch tracks from when we first started. I had recorded everything during the very first sessions in Nashville, and when we went back to listen to the mixes, we knew we weren’t going to get anything better because it just sounded so damn good. It wasn’t broke, so I didn’t try to fix it.

What’s the secret behind your distinctive tone?

For so many years, I had to play so hard to be overheard above the reverb of Vinnie Abbot’s snare and over Dime’s crazy guitars. That’s probably where it culminated. I don’t think I got my first SVT stacks until the first official [Pantera] record. Once I got those, it changed everything for me. I think it’s natural, though. I downstroke a lot, and I can play incredibly tight. You know, I attack the bass, I don’t just sit there and stumble around. When you hit a note, you gotta fucking hit it. That’s your note—go get it, and don’t pussyfoot around with it.

Did you switch up your bass tone at all?

This is a deep, low record as far as bass goes. It might be the best bass tone I’ve ever had on a record. I actually recorded the whole record with these Warwick bass cabinets that I build with Jonas Hellborg down in his studio at the Warwick factory. I had them put 200-watt Celestion 10s in some big cabinets, with a head powerful enough to push them. Talk about unreal tone!

And did you try anything different with your technique?

I played with my fingers a lot on this record, way more than I had on all of my other albums combined. You can hear it when I go from a pick to fingers. But either way you know it’s me playing.

Was it difficult selecting musicians for the studio?

I wanted to make sure these players were passionate about the music, and that it wasn’t about anything else. Lance and Christopher were the perfect guys. Playing with them is like a bass player’s wet dream. I had a handful of L.A. musicians who were going to come out and record, and they wanted to know how much they were going to get paid without even hearing a lick of music. I told them that ain’t the way this ball rolls, buddy. You show me a lick that’s worth a damn and I’ll tell you how much it’s worth.

On top of drummer Johnny Kelly, you’ve enlisted W.A.S.P.’s Mike Duda to play bass in your live lineup. How did you choose him?

Duda and I have always liked the same bass players, like John Paul Jones and James Jamerson. He’s also played with Johnny Kelley for so long that they have perfect chemistry. That can be hard to find in a rhythm section, so I had to get them both.

Has your playing changed over the years?

I still get up every morning and play the bass for 30 minutes. And if someone asked me to get onstage any given night, I would get up there and unleash it. I’m not a Billy Sheehan type of player. I love Billy and he’s a good friend, but my mentality is more to push that bottom as much as I can and incorporate the riff into what I’m doing to lock it all down. However, at a point I got sick of being just the pocket guy, so I started stepping out and playing in different ranges, too.

What were the biggest things that sculpted you from your time in Pantera?

I don’t have enough breath, and you don’t have enough tape, for me to explain this even remotely. I was 17 when I joined the band in 1981, and it’s been my life ever since. You have to all strive for a common goal, and eat, sleep, and breathe it until you reach that shit. It’s been 25 years since Vulgar Display of Power [1992] came out, which is probably my favorite record, and I remember finishing that album like it was yesterday. We couldn’t wait to play those songs for people, and we knew what we were about to unleash on the world. That’s exactly how I feel coming off recording this album. Luck and timing are everything in this business, and I suppose I’m just one lucky son of a bitch.