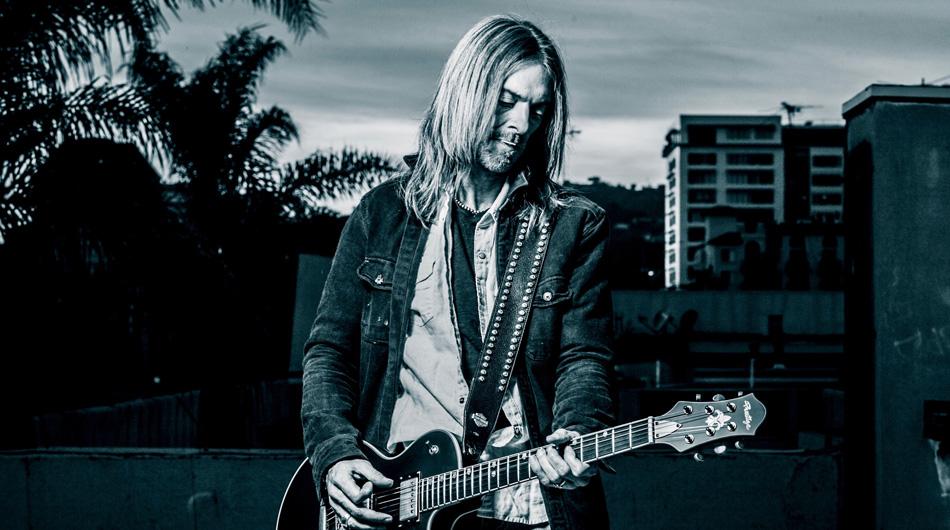 Rex Brown was the latest guest on Full Metal Jackie’s weekend radio show. The Pantera and Down vet is currently supporting his Smoke on This debut solo album, which sees the bassist stepping up to the mic and also playing guitar on the disc. Brown spoke with Full Metal Jackie about becoming the focal point of the music, a potential covers release, the touring life and what he has in store for 2018. Check out the chat below.

Rex, you’re out on the road supporting your new album Smoke On This. You are the frontman. What’s different when you’re the main focal point onstage?

I just got back from Germany and it was like, you can rehearse the band for two years, but until you get in front of that crowd… I didn’t even put that in perspective until we came in. Really didn’t have a lot of shows behind us, and wanted to get in those little clubs, and get hot and sweaty and get the vibe, and by the time that we had finished, I wanted to stay for another three or four weeks. It was invigorating as an artist to have that kind of freedom. At 43 [minutes], we didn’t play any covers, didn’t do anything like that, and just stretched 43 minutes of music into like an hour-and-a-half, an hour-twenty, you know?

And it felt good?

And it felt great, it felt awesome! So, it’s a process of building, you know? So I follow what I want to do right now.

Pantera and Down were one side of your musical personality. Smoke on This is another side. What other sides of yourself do you want to express next?

You’ll just have to wait and see. It’s as easy as that. I want to continue in the direction I am headed now. In fact I might head into the studio and do some covers, something to kind of feel just more material and also to give the fans something cool.

It goes back to some of your early musical influences. What did you discover about yourself musically when you were making the album?

We were just heading there, getting the best songs that we could get. I had no big grand illusion of what this was gonna be, I didn’t even know what we were gonna call them. I just had this music and it all gelled, and I was extremely happy with it. And then after that you had to put, you know, here comes the marketing, what do you call it? If you took money off that cover, and took that picture off and called it, fluff and the cream cheese or whatever it is, the songs would have to stand up for themselves; and that’s for me, that’s the most important part. It’s all about the song. You’ll always get your last note in the last chord you play.

Is that what you’re going to call the covers record, Fluff and the Cream Cheese?

Fluff and the Cream Cheese, nope.

[laughs] A lot of years of your life have been spent on the road. What’s different about why you like being on tour now compared to early days?

It was a totally different dynamic, I mean, it depends on what band you are in. It depends on what’s the situation that you are in. I think we have spoken about this before, I had to go back and find out why I did this in the first place. And that, that being on the road for 25 years, it was a much needed break and at the same time I was being creative and… for me it’s just, like I said, it’s a different dynamic with every band that you are playing in. But, I just kind of felt that I needed to get out of the corner over there and step up to the mic, as they say.

This is your first solo album. Now that you’ve done it, how will the experience benefit whatever you decide to do next?

I still wanna build up on this, you know? There’s a lot of stuff that I wanna do. And so, I look at it and it’s just the first step. I’m just getting my feet wet with where I want to take this sound and where I am now, musically. It’s not so much the road for me now, it’s more that I love being in the studio now, where you can let the studio be your pallet. But we’re definitely headed out on the road in the spring time, so.

Let’s talk about your plans. You mentioned you’re going to go do some covers. Do you have a lot of touring scheduled for 2018?

I want to get that to coincide for when we do come out heavy and strong in March, February, something like that. We also have all kinds of stuff up our sleeves. You’ll be the first to know.

Thanks to Rex Brown for the interview. You can pick up the ‘Smoke on This’ album via Amazon, iTunes and GooglePlay.