With the flick of a lighter and his gravelly-voiced spoken words “Smoke on this,” Rex Brown lights things up pretty quickly on the opener “Lone Rider.” For those expecting something in the vein of Pantera, you may not find a sound totally reminiscent of Brown’s most well known band. But you will definitely find the attitude that the legendary group brought to the stage.

In “Lone Rider,” Brown promises, “I take whatever I want”. And what he takes here is your complete attention with classic rocking riffs filled with swagger. They hit you smack dab in the face. And he doesn’t let up either with the follow-up track “Crossing Lines”. It´s a bluesy Zeppelin-esque rocker with a slow-moving groove. Brown warns the listener, “You can’t take it back, give it back, remember you crossed a line with me”.

The first sign of significant variance comes in the stellar third song on the album, “Buried Alive.” Opening with a more acoustic guitar open, the track eventually finds a perfect balance. It alternates between aggressive and sludgy guitar-driven verses and more melodic center. That dichotomy of sounds also plays well against the songs message. Brown goes more introspective, reflecting on the loss of Dimebag Darrell and his own struggles coming to terms and finding his real self again.

“Train Song” lives up to its moniker. It has a wall of guitar aggression chugging along and conjuring images of a train’s patter with its beat. Meanwhile, “Get Yourself Alright” keeps things in a more upbeat vein. It has a fresh sound from the early part of the album. A dreamlike spiraling guitar and affected vocals give “Get Yourself Alright” a more psychedelic feel in parts. But amidst all the dreamy qualities, you can’t miss the swagger with Brown suggestively offering, “I want to bring you to life.”

The back portion of the album finds Brown varying things up a bit more. “Fault Line” is the album’s first true mid-tempo rocker. Eschewing the fuzzed out guitars for something more melodic and Brown’s vocals appear at their most vulnerable and clear. “What Comes Around Goes Around” is exactly what you might think in terms of attitude. It offers a mix of melodic verses and a catchier chugging rock chorus.

Brown might be at his most lighthearted musically with “Grace”. A track that has a bouncier vibe and beat you’d likely never expect. But it’s back to a more raucous approach with “So Into You”. It´s a hard-rocking track with an impressive song-closing jam that leaves you wanting for more.

The album concludes on a high note. First comes “Best of Me,” a slithery, dark and haunting track with guitar licks that feel like they float on the heavy night air. Brown feels at home in the bluesy delivery as he laments someone who got the best of his love.

Simply put, Brown has a barnburner of an album on his hands. The gritty and occasionally distorted guitar work, no-holds barred aggression, catchy beats and a firm grasp of rock’s blues influence. All these have given Brown a solid base to work from and the attitude and swagger that served him so well in Pantera. He carries over quite nicely here in the vocals and lyrical content. While it may be his solo debut, Brown does not lack for confidence. He steps up to the mic for lead vocals, while also playing rhythm guitar and his natural bass on the disc.

Brown has a solid supporting cast, including Lance Harvill, the aforementioned Christopher Williams on drums and producer Caleb Sherman. He has a disc that would sound as great pumping out of a gin joint jukebox as it does ripping through your headphones. 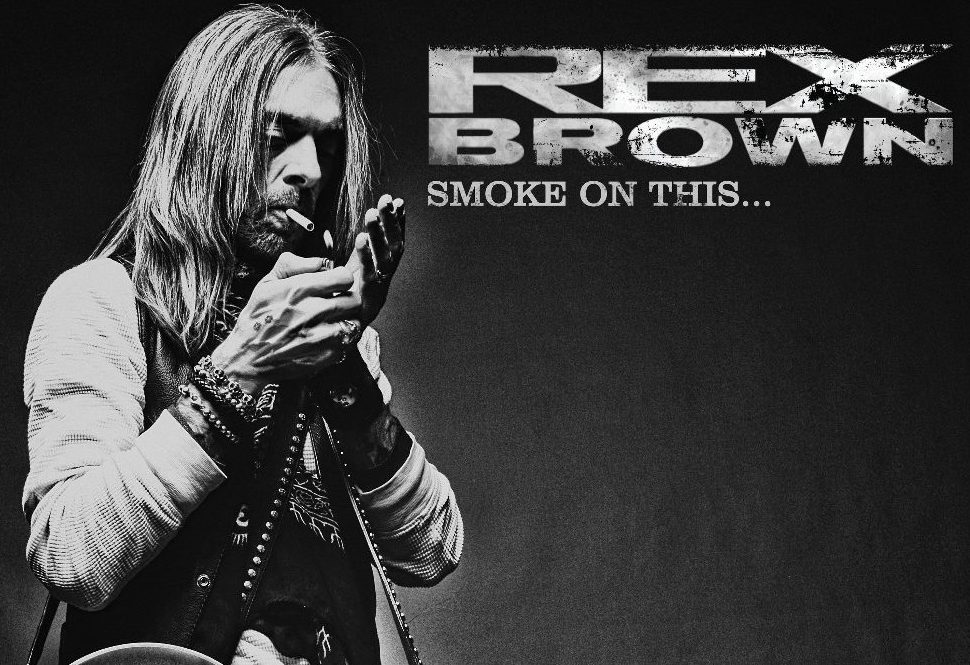